Your Guide to the 2016 U.S. Presidential Election: Part 3 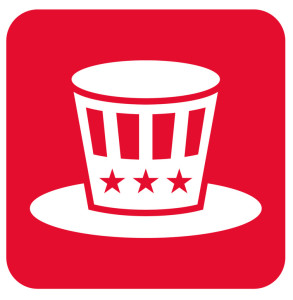 To help you understand the presidential elections in the United States this year, I’m going to attempt to explain some of the events of the election in an ongoing (continuing; series) “guide.” I am not an expert on politics, but I’ll do my best. No doubt both Warren and Lucy will have things to add on this topic as well.

This post is called “Part 3,” but don’t worry if you think you missed the first two parts. I didn’t actually call them Part 1 and Part 2 when I published them!

The first part was published back in 2008, and explains the primary nomination process.

The second part was last month, when I described Super (Crazy) Tuesday.

If you haven’t read those yet, you should do so before continuing on with this series.

The Latest: A Contested Convention?

There’s been a lot of talk (discussion) in the media (newspapers, television, radio, and Internet news sites) recently about the possibility of the Republican Party having a “contested convention.”

What exactly is a contested convention?

In order to win a political party’s presidential nomination (the right to represent the party in the main or general election in November), a candidate (a person trying to get elected) must have a majority (50% + 1) of the delegates to the party’s convention.

A delegate is a representative from a state or territory who gets to vote in the party’s big meeting or convention this summer. As I explained in Part 1 of this series, during the spring of each election year, each state and territory (places like Puerto Rico, the U.S. Virgin Islands, and Guam) votes in a primary for their favorite candidates. Then delegates are chosen from that state or territory to represent the state/territory at the national political conventions during the summertime. The number of delegates from each state/territory is determined by the population of that state (well, approximately determined – it is actually a bit more complicated than that).

But – and this is really important – the actual people who will be the delegates to the national convention from the states and territories are usually chosen by the political organizations (Republican and Democratic) in each state, not directly by the voters. These are often people who have been involved in the politics of that state for many years, and are usually not “newcomers” (people new to a place or an activity).

At the convention, the delegates usually have to vote the candidate the voters in their state selected during the primaries. We say the delegates are “pledged” (promised or committed) to that candidate. They must vote for the person their state voted for.

Now here’s where it gets tricky (difficult or complicated): a delegate typically is pledged to that candidate only for the first ballot (the first vote at the convention). After the first ballot, delegates are usually free to vote for whomever they want.

So if you don’t really like Donald Trump and you are a delegate from Florida, you may (depending on the rules in your state/territory) be able to vote for someone else on the second ballot (or third ballot etc.).

Why is this important? Because many of Trump’s supporters are newcomers to politics, and therefore they are less likely to have been selected as delegates to the convention. This means that many of the Republican delegates currently (now) pledged to Trump may not actually want Trump to win the nomination.

If those delegates get a chance to vote on a second ballot, they could vote for another candidate.

In the past 40 years, there has never been a second ballot at a presidential convention. That’s because someone has always entered the convention with a majority (50% + 1) of the delegates. When no one has a majority of the delegates on the first ballot, then we have what is called a contested or open convention.

So even if, say, Donald Trump has 1,236 delegates pledged to him on the first ballot, if he doesn’t win that ballot, the delegates can select someone else (such as Ted Cruz or John Kasich or ??).

In other words, just because you have a plurality (more than anyone else, but not a majority) of the pledged delegates on the first ballot does not mean you will be nominated.

The possibility of a contested convention is very real at the Republican convention this summer; it is less likely at the Democratic convention, where Hillary Clinton is expected to have a majority of delegates on the first ballot. It all depends on whether the current front-runner (the person who currently has the most pledged delegates), Donald Trump, can win a majority of the remaining primaries.

Have a question about the U.S. elections or politics? Put them in the comments section and I’ll try to answer some of them in a future post.

P.S. If you really want to understand how the American government works, get our Introduction to the United States course. It will give you the background you need to understand the basics of U.S. history and the American political system.

P.P.S. If you haven’t subscribed yet to our magazine, go to Learn English Magazine and download our free iOS or Android app. I’ll be adding more commentary on U.S. politics in the upcoming (coming; future) issues.