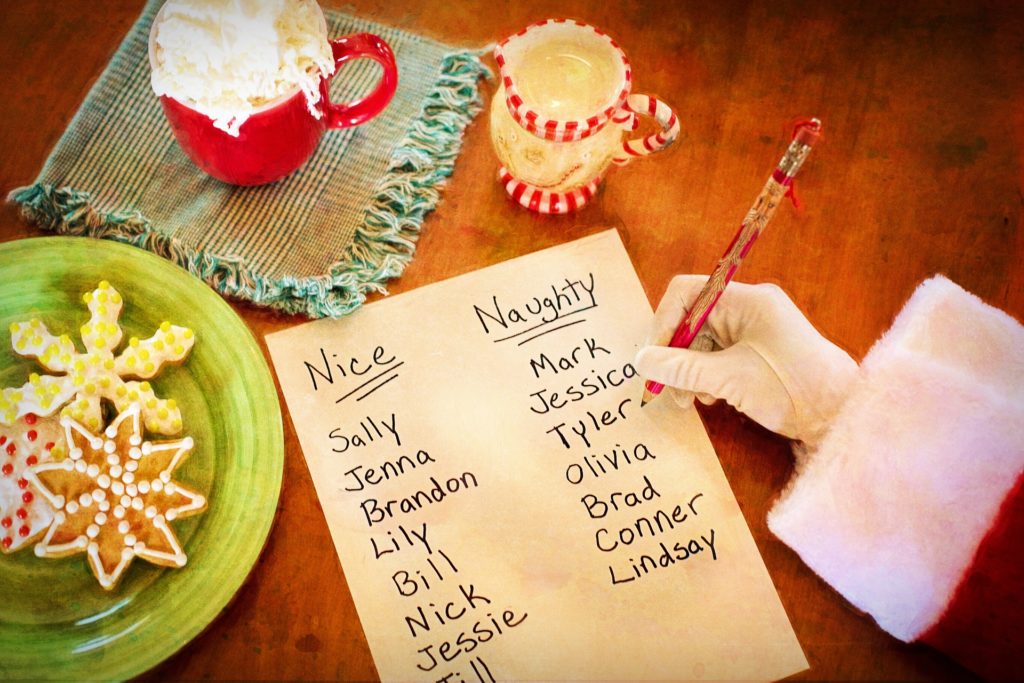 Do you want a new ball? Write to Santa.

A new doll? Drop Santa a line (write him a message).

Before Christmas each year, there’s a tradition here in the U.S., where young children to write to Santa asking for gifts they want for Christmas. (I did it when I was a kid, too!)

But writing letters to Santa Clause wasn’t always a thing (popular with many people).

Santa was traditionally (usually) depicted (shown) as a disciplinarian, someone who made sure rules are followed and who punished those who didn’t.

Adults, such as teachers and parents, would sometimes tell children they received letters FROM Santa giving them lessons on how little girls and boys should behave (act).

It wasn’t until the late 1800s that this changed. Thomas Nast, who published the popular magazine, Harper’s Weekly, included illustrations or drawings of Santa Clause reading letters he received from children in the magazine.

This gave people the idea to write letters TO Santa. Nast also gave Santa an address in the North Pole, the northern most point on the Earth, by including this address in illustrations: “Santaclauseville, N.P.” (Santa + Clause + ville (city); N.P. = North Pole).

Soon newspapers encouraged parents and their children to send in (submit) letters to Santa, with the best being printed in the newspaper.

For some newspapers, this became a popular feature (characteristic) during the Christmas season (period of the year).

You might wonder: What can I do if my children want to mail a letter to Santa? After all, they will be expecting Santa to respond (write back; reply)!

The United States Postal Service actually has a way for them to get a response—written by you.

All you have to do is send the child’s letter addressed to “Santa Clause, North Pole” along with your response letter with a self-addressed (address to yourself) stamped envelope. Your letter, supposedly (believed to be) from Santa, will then be sent to the child.

No presents (gifts), though, just letters.

Kids today might ask for iPhones or video games. But fortunately, using this program, “Santa” can be the one to say no!

P.S. The word naughty in the photo means “bad,” the opposite of “nice.” The terms come from a popular Christmas song, “Santa Claus Is Coming to Town.”