What Not To Do When Watching Your Holiday Movies 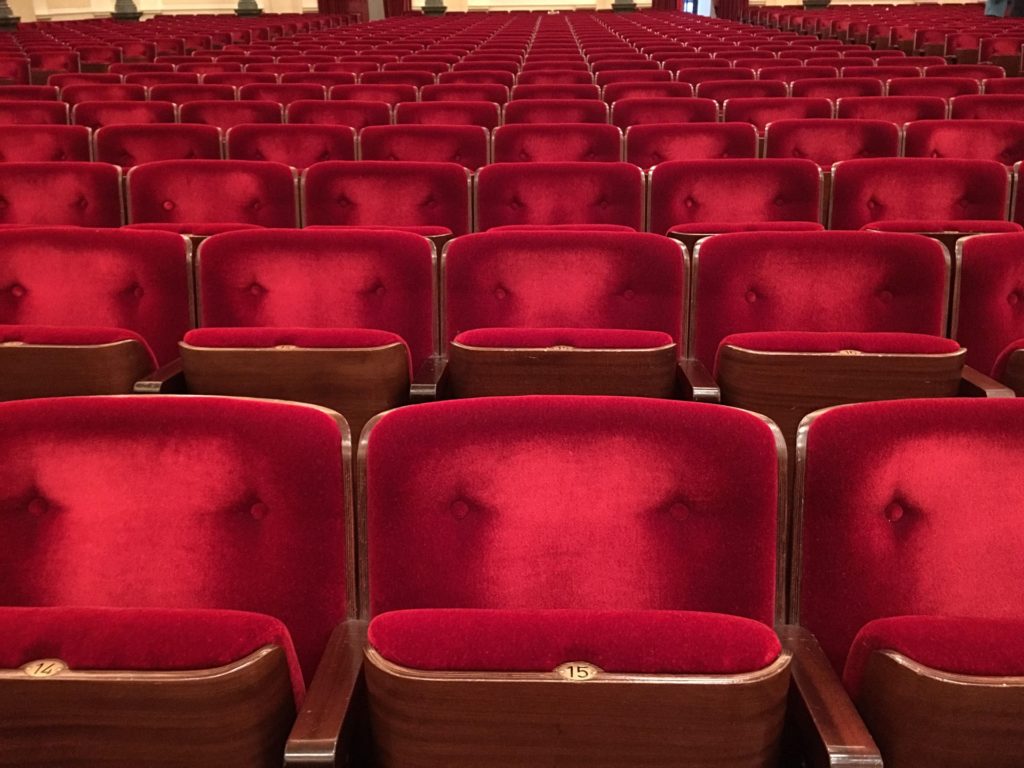 Most Americans get a vacation over the holidays (Christmas and Hanukah), anywhere from a few days to two weeks. So with extra time on their hands (extra time with nothing to do), many of us go to the movie theaters to watch the latest releases (the most recent movies).

Sometimes the behavior (the way that one acts) of other people can ruin (make something not as good) the experience of going to see a movie in a movie theater.

In the United States, most people expect certain etiquette (polite ways of behaving and interacting with other people) to be followed in a movie theater. Of course, many of these “rules” are the same in other countries.

In general, it is rude (not polite or nice) to talk loudly while a movie is playing, because this might distract other people or make it difficult for them to concentrate on the movie.

It is also rude to crinkle (move something in one’s hands so that it makes a loud noise) food wrappers (the paper and plastic that food is packaged in) so that other people can’t hear the movie.

Cell phones should be turned off for the same reason.

It is also rude to block (not let something be seen) other people’s view. For example, movie watchers generally avoid wearing tall hats!

If the theater isn’t full and there are many empty seats, it would be rude to sit directly in front of another person. It is always better to sit slightly to the side in the next row (a group of seats in one straight line).

Movie theater etiquette requires that people do not stand up and move around the theater more than necessary.

If a moviegoer (someone in a theater to watch a movie) has to get up to go to the bathroom, they should stand up, hunch over (slightly bend one’s knees, back, and neck so that one is not as tall as usual) and quietly say “Excuse me!” while waiting for other people in the row to stand up.

When that person returns to the row, it’s best to wait for a dull (unexciting) moment in the movie before going back to his or her seat. Otherwise (if you don’t), everyone could miss the exciting action!