Californians Speaking Russian Instead of English? 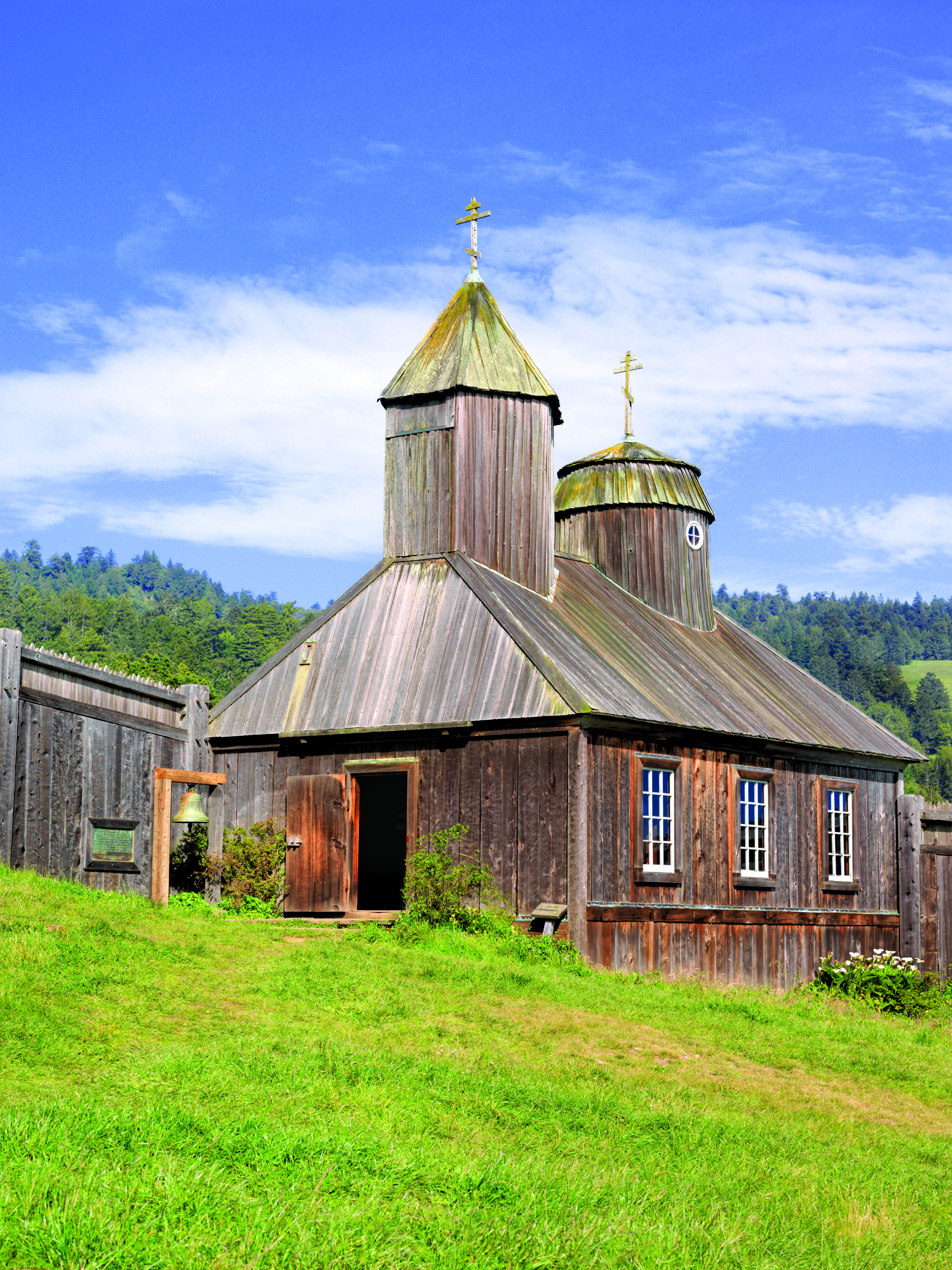 The Chapel at Fort Ross

But before 1800, Russia wanted to expand eastward (toward the east) and in 1784, with the support of Empress Catherine the Great, the explorer (person who travels to new places to find out more about the) Grigory Shelikhov (1747-1795) established the first Russian colony (an area or community controlled by a government in another country) in North America called the “Three Saints Bay Colony” on Kodiak Island in Alaska. Fifteen years later, the Russian-American Company was founded (established; started) and took over trade (buying and selling) in Alaska.

The reason Russia wanted a colony in Alaska was because of the valuable otter pelts (animal skin). But after a few decades (periods of 10-years) of over-hunting (capturing too many animals), the otter became scarce (few in number and difficult to find).

At the same time, the Russian colonists found it hard to grow food in the cold temperatures using traditional Russian methods. The colonists didn’t have enough food, so they set their sights on (planned to achieve success in) California, which had warm beaches and famous movie actors (okay, not that last one).

At first, the Russian colonists just wanted land to grow food. But they soon discovered that there were more otter to hunt in the area. So in 1812, the colonists established Fort Ross about 60 miles (97 kilometers) north of what is now San Francisco. (A “fort” is a building or set of buildings constructed so others can’t get in.) It was named “Ross” because it was a shortened version of “Russia.” The settlement lasted 29 years and is still there today.

Fort Ross was not a success. The colonists couldn’t grow enough food or catch enough otter to make it profitable (make money). At the same time, the Spaniards, who had established settlements all over California many years earlier, weren’t too happy about Fort Ross, and neither were the Native American tribes (groups) in the area.

Finally, in 1841, Russia sold Fort Ross to an American pioneer (person who is among the first to travel to a place to learn more about it) named John Sutter. But in the end, Sutter never paid. (Sutter was later more famously involved in the discovery of gold in California.)

So that’s the short history of Russian colonists in California. If things had turned out differently, today we would be speaking Russian here instead of English.