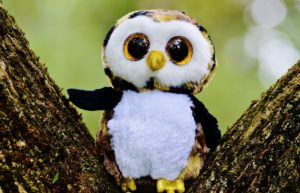 Animals and people have a lot in common, if language is any indicator (something that shows the current state or level of something). We compare people to animals all the time, whether it’s because of their appearance (how they look), personality traits (characteristics), or behavior.

Let’s take a look at a few of the most common expressions we use to talk about people’s personalities.

If someone is stubborn (not willing to change their attitude or opinion), they can be called “pigheaded.” We can also say that they’re “as stubborn as a mule” (an animal born to a female horse and a male donkey).

Intelligent people are sometimes described as being “as wise as an owl” (a large bird with round eyes and the ability to turn its head almost in a full circle and is awake at night). And you might hear people say “an elephant never forgets,” referring to a general belief that elephants have long memories (the ability to remember things for a long period of time). (Elephants are very large animals with a long nose called a “trunk.”)

Lions are generally thought to be brave (courageous, not scared of things). But a chicken is someone who is afraid to do something. The phrase “to chicken out” means to change one’s mind and decide not to do something because one is too scared.

Someone who is very enthusiastic (wanting to do something and looking forward to it) about doing something, especially work, can be described as an eager beaver (a rodent-like animal with a large, flat tail that uses its teeth to cut down trees and use them to block rivers to create ponds).

Someone who is nervous, shy, quiet, and lacking (being without) an interesting personality may be called “mousy.” Similarly, shy people are sometimes described as being “as quiet as a mouse.”

Someone who has a lot to say but suddenly stops talking is said to “clam up,” because a clam is a sea animal that lives between two round shells that can close like the lips of a person who doesn’t want to speak.

* This post was adapted from the “Culture Note” from Daily English 729. To see the rest of the Learning Guide, including a Glossary, Sample Sentences, Comprehension Questions, a Complete Transcript of the entire lesson and more, become a Select English Member.

6 Responses to Are You a Pig, Owl, Beaver, or Clam?