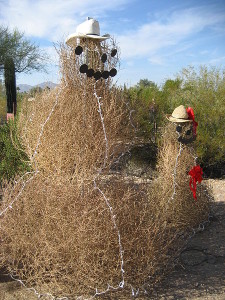 Although it is raining in Los Angeles today, it has been warm this week, as usual. However, the early part of December was cold here, at least by Los Angeles standards (way of measuring). The high temperatures have only been in the 50s (around 10 degrees Celsius) and the lows have been in the upper 30s and low 40s (around 0 degrees Celsius).  Brrrrrr (the sound we make when we’re cold)!

I know what you’re thinking:  Cry me a river!

I know that many of you live in places with much colder winters than the ones we have here in Los Angeles, but the unusually cold temperatures got me thinking about the coldest places in the U.S. A popular weather website, Weather.com, analyzed (studied carefully) the information from the past 30 years taken from the National Climatic Data Center, the largest archive (collection of records from the past) of weather data. Based on this analysis, they named the five coldest cities in the U.S. They are:

Needless to say (clearly; obviously), I won’t be planning any trips to Barrow any time soon. I’m known to all of my friends and family members as someone who hates the cold and wears wool (warm material made from the hair of sheep or goat) socks when it falls below 65 degrees (18 degrees Celsius).

Yes, I’m a wimp (weak person) when it comes to the cold. I’m very thankful that my parents chose to raise me in Tucson, Arizona, and not, say (for example), St. Paul, Minnesota. And no, I’ve never had the pleasure (?) of shoveling snow.

What are the coldest places in the country or countries where you’ve lived? Are you a lover of cold weather or are you a freeze baby (a person, usually a girl/woman, who is often cold) like me?

Photo Credit:  Timbleweed snowmen, a desert version of snowmen taken in Tucson, from Wikipedia
I wish I had taken this photo. It certainly reminds me of home.