Writing in English: Verbs That Help Your Reader See 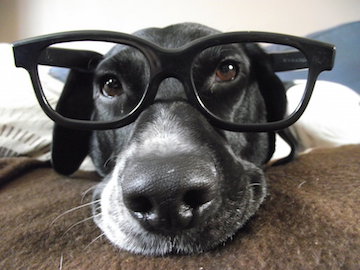 Good writers think of one thing: how to make what they want to say as clear as possible.

In Writing In English As A Second Language, I quoted (said what someone else said) William Zinsser, who wrote that “your best tools are short, plain…active verbs…. So fall in love with active verbs. They are your best friends.”

Mike Emrick is the play-by-play announcer (person who describes a game on radio or TV) for the Chicago Blackhawks hockey team. Many people believe he’s the best. The verbs he uses are one of the reasons why. The verbs he uses help his listeners see the action.

Recently someone made a list of verbs Emerick has used to describe Blackhawk games. I’ve chosen a few of them to show how good active verbs can give your reader or listener a better idea – a picture, in fact – of what you’re describing.

You don’t need to know much about hockey to make sense of (understand) Emerick’s verbs. Just remember that in hockey, players skate back and forth on the ice and use sticks to try to hit the puck (small round piece of hard rubber) into the other team’s net, or goal. It’s like soccer on ice.

Here are some of Emrick’s verbs:

Chop – He chopped at the puck. / He hit at the puck as if trying to cut something with a tool.

Finesse – He finessed the puck into the net. / He hit the puck in a skillful or expert way.

Jab – He jabbed at the puck. / He hit at the puck with short quick movements of his stick.

Sky – He skied the puck. / He hit the puck high into the air.

Swat – He swatted at the puck. / He tried to hit the puck the same way you would try to hit a mosquito or some other insect that was bothering you.

Skitter – The puck skittered across the ice. / The puck moved lightly and quickly, like a small animal.

If you do a lot of reading and listening, and pay attention to the verbs writers and speakers use, you’ll discover many more good active verbs.

Can you think of some other good active verbs for hockey or soccer? Let’s see how many verbs we can come up with that fit one of the sentences I used above – He _____ the puck (or ball) or The puck (or ball) _____ into the net. Add your verbs to the comments.

15 Responses to Writing in English: Verbs That Help Your Reader See