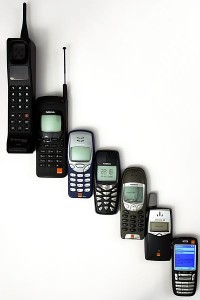 Pocket dialing — also called “pocket calling,” “butt dialing,” or “butt calling”  (with “butt” referring to the part of the body you sit on) — is when you accidentally make a phone call using your cell phone because you sit or place your phone in your pocket or purse (handbag that women carry) so that the speed-dial (with one number on the keypad (area where the numbers appear on a phone) programmed with a phone number for faster dialing) is hit. When you receive a butt call, you typically hear background noise or a conversation you weren’t meant to (intended to) hear.

That’s what happened last November to Larry Barnet, a 68-year-old man from Arkansas.  Barnet was speaking with another man and plotting (making plans for) the murder (killing) of a former employee when he made a butt call to the intended victim (person meant to be harmed). The intended victim quickly realized they were plotting his death. The victim listened to the 90-minute conversation, including Barnet telling the other man to do whatever he needed to do to kill him, but to be sure to make it look like an accident. The intended victim later went to the police and the police came to his house. The police found that the victim’s house had been burglarized (with items stolen) and the gas stove tampered with (damaged or changed so that it would not work properly). Barnet was charged (officially said to have committed a crime) with conspiracy (making a secret plan with others) to commit murder.

And in 2012, a Pennsylvania man, Justin Kryzanowski, was speaking with a drug dealer (seller of illegal drugs) when he made a butt call to the police. The police recorded the entire transaction (business deal) and traced (found the source) of the call. The police searched Kryzanowski’s apartment, found drugs and weapons, and arrested him (taken by the police).

The moral (lesson) of the story is: If you must plan a murder or make drug buys (buy illegal drugs), buy a flip phone.

Have you ever made or received a butt call?