Y’all Going to a Yard Sale to Buy Some Tennis Shoes? 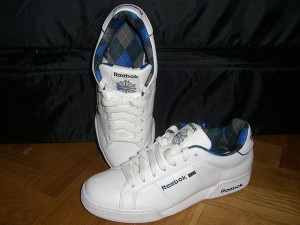 One of the difficulties in learning a second language is the fact that, in most languages, there are different words for the same concept or idea. People in the United States, for example, often use different words to describe the same thing, depending on where they live. Most Americans know the meanings of these different words even if they don’t use them themselves, but these variations can be very confusing for a non-native speaker (someone who didn’t grow up speaking the language).

For example, the photo you see here is a pair of shoes that have rubber soles (bottoms) on them, usually used for athletic events or exercise. What are they called? In most states in the U.S., they are called “tennis shoes,” even though we use them for more than playing the sport of tennis. However, if you live in the northeastern part of the U.S., in a region called New England, they’re called “sneakers.” Oh, and if you live in Chicago  or Cincinnati (both in the Midwest), you would call them “gym shoes” (gym stands for gymnasium, a place indoors (inside a building) where people play sports). Same shoes, three different terms.

Figuring out (discovering) these variations in language use has become much easier with the Internet. Linguists can ask people from different parts of the country what they call various items, and then map these differences and see which words are used in which region or area.

A couple of researchers at Harvard University collected responses (answers) to dozens of questions on language use from more than 350,000 Americans last year. Here are some of the things they found: 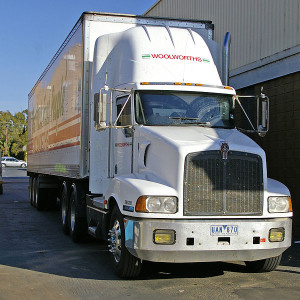 Sometimes dialectical differences are found in one small area of the country. In Minnesota, for example, you say “you betcha” to indicate that you agree with the other person, or simply as an informal way of saying “yes.”  In other places in the U.S.,  you would probably say “you bet” or “sure.”

Is all of this very confusing? You betcha!

27 Responses to Y’all Going to a Yard Sale to Buy Some Tennis Shoes?