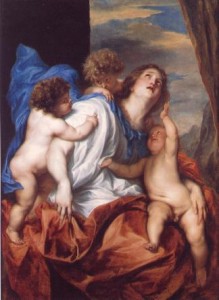 Here in Los Angeles, it appears we take this saying to the extreme (beyond what is normal or typical), giving all to ourselves and not much to those around us!  A recent report from the U.S. Government ranked (put in order, from top to bottom) the states and cities where people volunteer (give their time to others without being paid) the most and the least.  The number one city for volunteering was my hometown (the city where you were born), Minneapolis-St. Paul (well, technically, two cities – St. Paul is actually my hometown).  More than 40% of Minneapolitans and St. Paulites (people from the Twin Cities, also called Twin Citians) volunteer time to help others.  The second highest-ranking city is Salt Lake City, Utah.

Los Angeles was way down on the bottom of the list: 44th out of 51 large cities included in the report.  Only about 22% of Angelenos (people from Los Angeles) volunteer their time to help others.

Why the big difference? The report doesn’t include a lot of statistical analysis, but it does indicate that cities in the center of the US – neither the West nor East Coasts – have higher volunteer rates.  This may be due in part to at least three factors.  The first is education: Cities with more educated citizens (at least a high school diploma) have more volunteers.  The second is commuting time (how long it takes you to get from home to work and back).  Cities with longer commute times tend to have fewer volunteers.  Finally, cities where more people own their own homes have more volunteers.

Los Angeles is low on the list of all three of these factors.  We have a large number of people without a high school diploma (some immigrants, others born and raised here), long commute times, and relatively fewer people who own their own homes compared to other cities.

Many people believe that volunteering is the right thing to do morally and ethically, but there are also other benefits.  Volunteers tend to live longer and have less depression, even when we take into account (include in our analysis) things such as age, income, education, sex, and ethnicity.

17 Responses to Charity Begins at Home