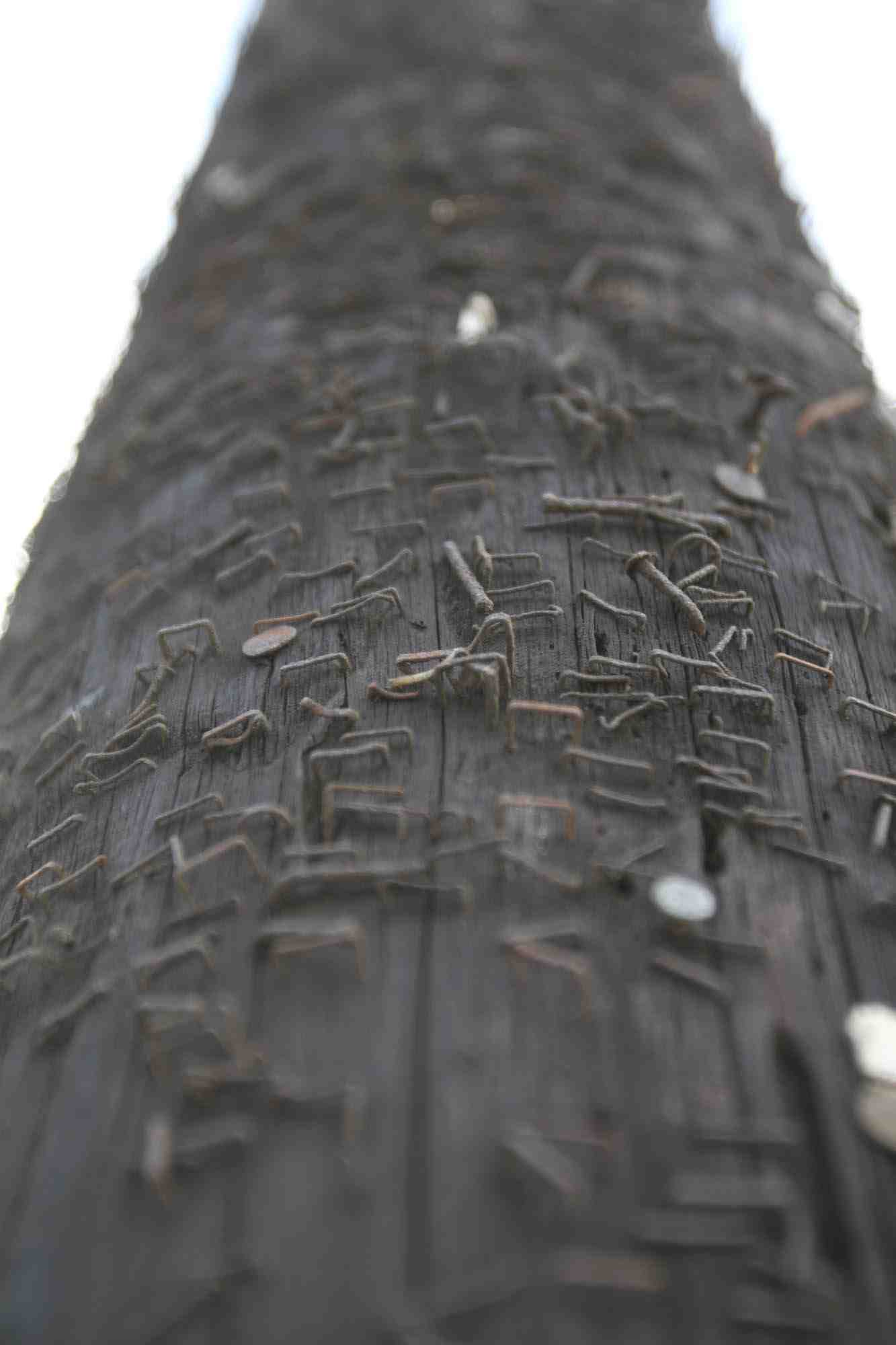 Bill is a funny word. Normally, it means a statement of what you have to pay someone for a product or service, what you owe him or her. In a restaurant, the waiter brings you the bill (also called the check). Most people complain about all of the bills they have to pay each month – telephone bills, electricity bills, water bills. To bill is also a verb meaning to give or send someone a request for money. If you want to pay for something later but take your product now, you may say to the person selling it, “Bill me!” meaning “Send me a bill for the payment and I will pay you later.”

But there are even more meanings of bill. Bill is also a short form of the name William, as in President Bill Clinton. Bill can also mean a sign or a poster advertising something, usually placed on a public wall or on a telephone pole (a long piece of wood that is used to keep the telephone wires up in the air). You can see here a picture of a telephone pole with hundreds of staples (sharp metal objects that hold paper or other thin material together). Why so many staples? People use these poles to put up notices about a lost dog or a local sale that they’re having at their house. Telephone poles are used as places to put free announcements that can be seen by anyone who walks by them. This pole has had many people use it as a place to post (to put in a place for people to see it) announcements. Another word for announcement or advertising poster is, remember, a bill. So on some walls or poles, you will see a sign that says: Post No Bills, meaning “Don’t put up any of those signs here!”

One more thing: a pole is a long piece of wood, but a Pole (with the “p” capitalized) is a person from the country of Poland. Confusing, right?

P.S. Thanks again to Matteo Mescalchin of Digital Movie for this photograph.