Prank Calls: “Do You Have Prince Albert in a Can?” 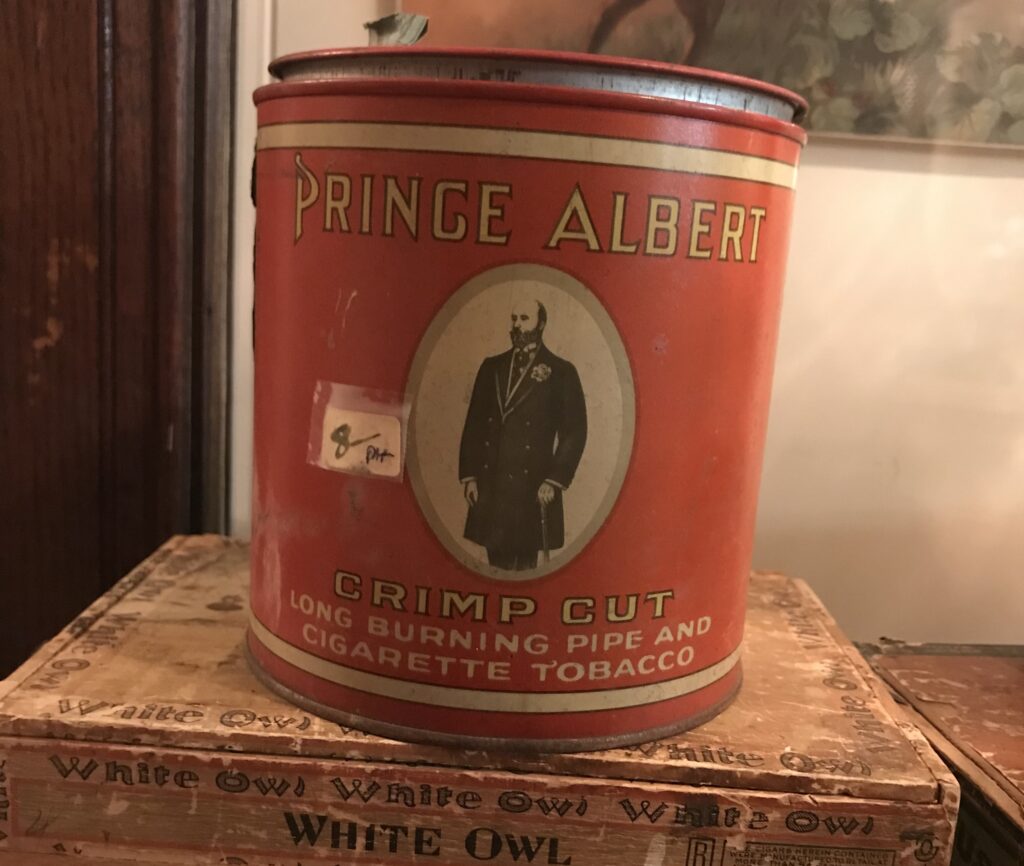 If you say the phrase, “Prince Albert in a can,” most Americans who grew up in the mid-20th century (like I did) will laugh.

But why is that expression so funny?

Prince Albert was the name of a brand (company product) of tobacco (what you smoke in cigarettes and pipes). It was first sold in the United States in the early 20th century.

The tobacco was named after the king of England, Edward VII, who was called “Prince Albert” by his family before he became king. Prince Albert’s picture was on the front cover (see photo).

This brand of tobacco was sold in a small, red tin can, and of course the tobacco was “in(side) the can.”

Prince Albert tobacco was very popular in the United States for many years, and sold in stores all across America.

Now, as telephones became a popular technology in the early 20th century, people began to use them for humor as well as communication (remember the Internet’s dancing baby of the mid-1990s?).

There quickly developed a tradition, especially among children and teenagers, of making “prank calls” on the telephone.

A prank is a practical joke, something you do that is supposed to make people laugh. It usually involves some sort of lie or trick or deception (making people believe something that isn’t true).

Since “Prince Albert” was both a person and the name of the tobacco, this rather simple joke was a pun (a joke based on words having two different meanings):

You calling a store owner: “Do you have Prince Albert in a can?”

You: “Well, you better let him out!” (and then you hang up, laughing).

To let someone out means to allow them to leave or exit a place where they are trapped (prevented from leaving).

The pun works because if “Prince Albert” refers to the person and not the tobacco, then having him “in a can” would require you to release him.

Okay, I know it isn’t a very funny joke now. But trust me, it was very funny to me when I was six years old.

I don’t know if kids today still make prank calls. I suppose they get their humor from pranks on Facebook or social media sites.

Did you make any prank calls when you were a child? What were they?