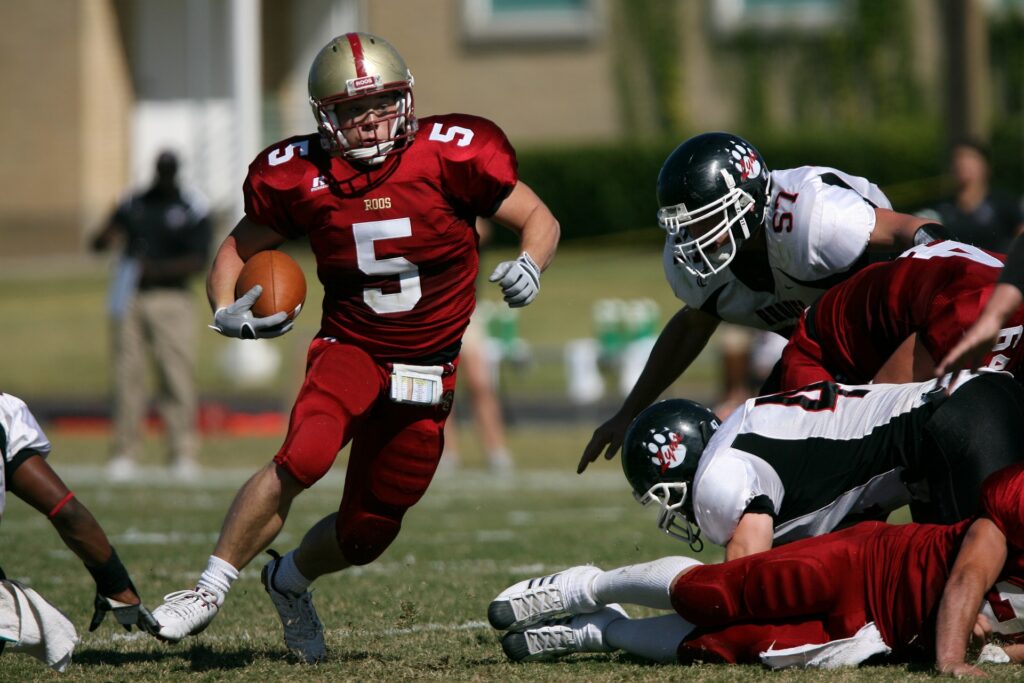 The American football season (time of year) started a few weeks ago.

Americans don’t call it “American football,” of course – it’s just football. That other sport the rest of the world calls “football” is known as “soccer” in the U.S.

Even if you’re not a football fan, you may have come across (seen or read) some English expressions that come from football.

Football is played with two teams, each with 11 players. It’s played on a rectangular field that is 120 yards long. There are two end zones or areas, one on each end.

The offense either runs with the ball or passes (throwing to another player) the ball toward the other team’s end zone.

Each team has four plays or “downs” to move the ball 10 yards. If it succeeds, it gets another four downs.

If it doesn’t succeed, the ball goes to the other team. Each team tries to score the highest number of points, with as many “touchdowns” (ball touching the opponent’s end zone) as possible.

Before each play or down, the offense, the team with the ball, goes into a “huddle.” That’s when the team members move close together in a circle to talk strategy (planned moves to win).

We use “huddle” in a similar way in everyday English.

At work, the boss may say, “Let’s huddle tomorrow at 9:00 a.m. to come up with a plan before we meet with the client.”

Or at home with your family, you may huddle to decide on the family budget (money plan) so there is enough money for food, clothes, and other family needs.

If my mother’s birthday is coming up, all of her 11 children might huddle to decide on a birthday present for her.

My mother recently had her 93rd birthday so there have been a lot of opportunities to huddle over the years!

Check back later this week when I explain two other football-related expressions: “To take a punt,” and “Hail Mary pass.”