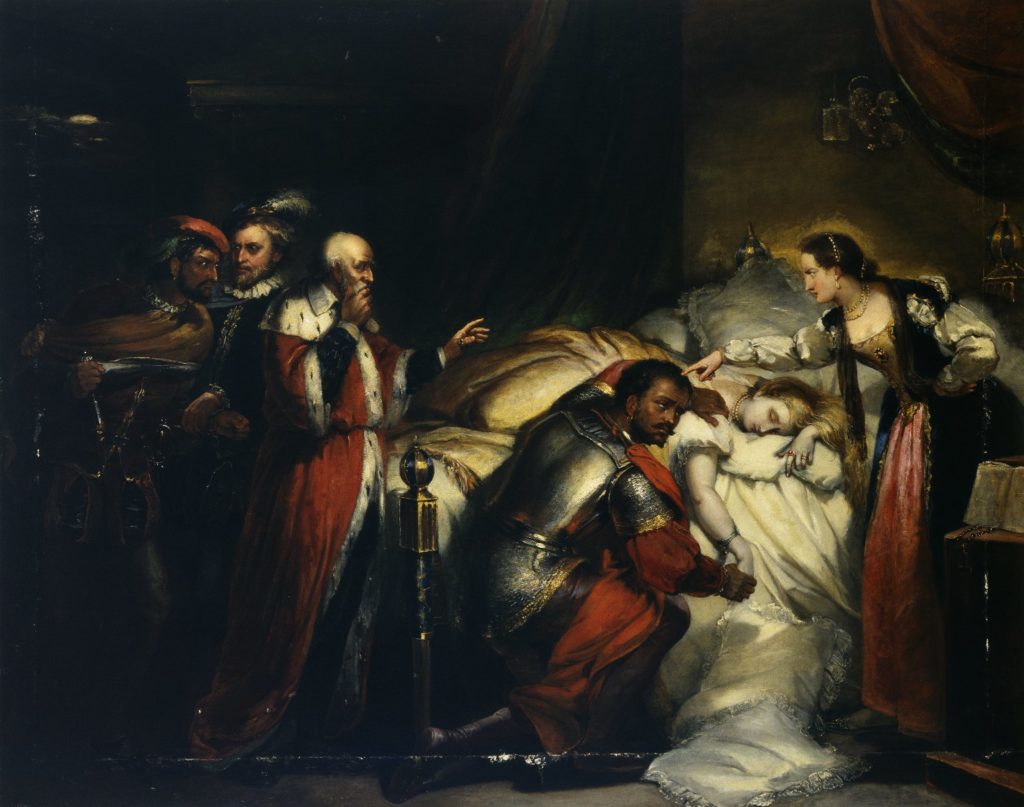 Last week I mentioned a few common English phrases that we got from Shakespeare’s plays.

Here are few others. Do you notice a theme (common subject)?

A monster is a big, ugly, imaginary (not real) creature. The green-eyed monster refers to or represents jealousy, or the feeling of wanting something that someone else has or when you suspect (believe) that your wife/husband/girlfriend/boyfriend is being unfaithful (having a sexual relationship with another person).
– You might say, “Be careful of the green-eyed monster. It might ruin (spoil) your marriage!”

You can use this when you are doing something that will upset or hurt someone now, but that will actually help them in the future.
– If I wanted to quit my job to become a professional singer, I hope my wife will be cruel to be kind by telling me I’m an idiot.

3. Love is blind – From The Merchant of Venice, Act II, Scene VI

This is a proverb (a wise saying). It means that when you’re in love, you don’t see the faults or the unattractive or bad parts of a person’s character or personality. You are blind to  (unable to see) those negative things.
– If your daughter decides she wants to marry someone with no manners (common politeness), no sense of humor, no job, and lies all the time, you might say, “Love is blind.”

We also use it sometimes to talk about an unlikely romantic couple, two people we wouldn’t normally expect to fall in love.
– People look at a beautiful woman with an unattractive man and say, “Love is blind” or “This is Los Angeles.”

Fun fact: “Cruel to Be Kind” is also a really terrible song from Nick Lowe that was popular when I was in high school. If Shakespeare heard it, he’d almost certainly die (again) from the pain of hearing it.