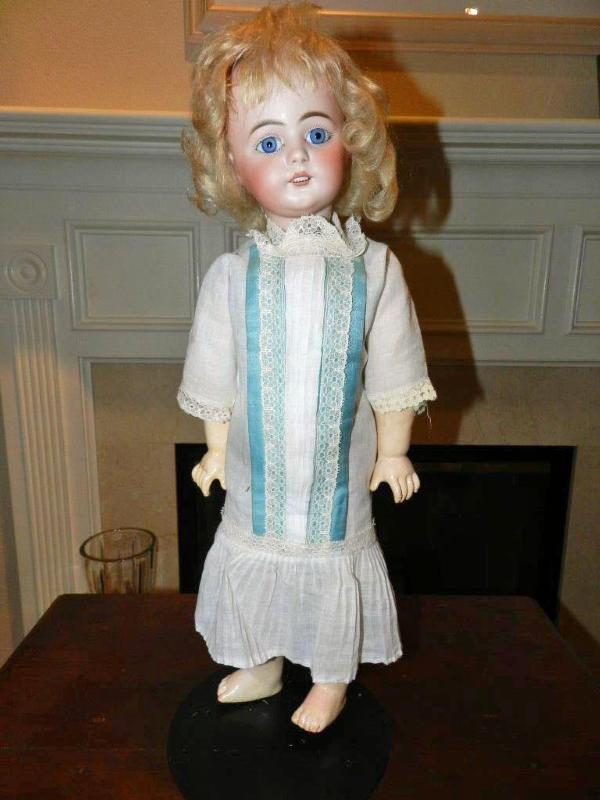 We can thank the inventor (person who creates new things) Thomas Edison for many inventions, including movie cameras, phonographs (early record players), light bulbs, and so many others.

In his lifetime, he had near 1,100 patents (government licenses for an idea or invention)! He was also a businessman and was able to turn some of his inventions into commercial (business; financial) successes.

But not everything Edison invented was a success.

In 1890, he invented a talking doll (see photo). The doll had a mini (very small) phonograph inside of it. Edison had hoped that the talking doll would help him sell more phonographs.

But the doll was a flop (failure).

First, the doll itself wasn’t very lifelike (looking like a real person) compared to other dolls sold at that time.

Second, and more importantly, the doll’s “voice” sounded very . . . well, listen for yourself. (Warning: If you don’t want to have nightmares (bad dreams), you might not want to listen to this!)

The doll’s voice was a recording of a woman imitating (trying to sound like) the voice of a little girl. Edison himself thought the recordings were very unpleasant to listen to and everyone else agreed. The doll voice was creepy (frightening), perhaps something you would hear in a horror (intended to be frightening) movie.

The final flaw (problem) was the price: it cost about $200 in today’s dollars.

Edison stopped making dolls after only a month. His experience just reminds us that even very talented people have failures.

But it’s just a good thing for us that he didn’t stop inventing after this setback (failure after having some success) or we might be writing this in the dark!