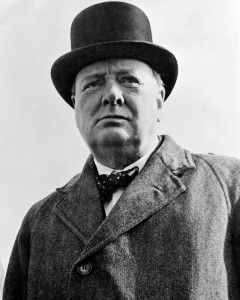 There are several paths (ways) to become a citizen of the United States, most of them requiring many years of waiting and, often, a bit of luck.

I think the most difficult path – one I do not recommend – is to become an honorary American citizen.

When you are made an “honorary something,” you are given a title or membership without having to go through the normal process. For example, universities often give celebrities, politicians, and other important people “honorary doctorates,” giving them the title of “Doctor” without actually having to do anything. (Some say I got my Ph.D. without really doing anything, but that’s not completely true.)

It is possible to become an honorary citizen of the United States, when you are made a citizen without having to apply or fill out any paperwork (forms; documents). Sounds like a great idea, right?

The problem with this path to citizenship is that it has only been done by seven people in the past 200+ years. And, according to the U.S. State Department, being named an honorary citizen does not give you a U.S. passport. It’s just, well, an honor to be naturalized (made a citizen), I guess.

Who has become an honorary U.S. citizen? Here’s a list of those who’ve been given this honor either by the a U.S. president or by Congress, and the year they were made citizens. Five of the seven were made citizens posthumously, which is a fancy way of saying they were dead already.

Who will be the next person to join these select seven? Some say it will be a Spaniard (someone from Spain), Bernardo de Galvez. Galvez was governor of the then Spanish-controlled territory of Louisiana during the Revolutionary War, and fought (like Lafayette and Pulaski) against the British to help the Americans win the war. The U.S. Congress recently started the process to name him an honorary citizen.

Galvez, of course, is dead, so this should help his cause (the movement to make him a citizen).