In the Culture Note of today’s Learning Guide, we talk about the comix movement. 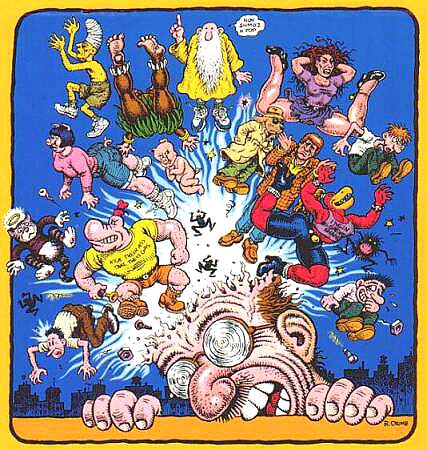 A major figure (important person) in the comix movement is R. (Robert) Crumb, who is an American artist and illustrator (a person who draws pictures for magazines, books, advertisements). He had a unique and easy to recognize style of drawing and he often wrote satirical (using humor to criticize or expose other people) and subversive (undermining or getting around authority) stories.

A few years ago, I saw the movie Crumb (1994), which was a documentary about the life of Robert Crumb. It was considered a very good film and it won the Grand Jury Prize at the Sundance Film Festival, a well known and prestigious (high status; highly respected) film festival in the U.S.

Are there well-known or well-respected comics and comic artists in your country? Are there any that have become popular outside of their own country?

email
This entry was posted in Discussing the Episodes, Television and Movies. Bookmark the permalink.